Cows, goats, overladen trucks, jeeps with 15 people riding in them, and the occasional camel drawn cart. These are the obstacles our driver faces as we make the 250 km journey from Delhi to Jaipur as we plan to spend the next two days in the capital of Rajasthan. Rajasthan translates to “land of the kings”; on our itinerary is visiting forts, royal observatories, palaces and staying in a “heritage hotel” (a hotel built and decorated using historic methods and art that was used to build palaces for kings). More on Rajasthan later.

We arrived in Delhi after 26 hours of traveling at 3am local time. Delhi is typically cool in December but it’s unusually warm this year, highs of 80 in the day with overnight lows in the upper 50s. It was refreshingly cool when we stepped out of the airport to await our hotel transit, a marked difference from our past travels to India (which were hot and muggy with heavy air such that I would break a sweat at 3am just carrying my bag to the car).

After 5 hours of sleep we freshened up and took the train into Delhi for some shopping and sight-seeing.  First on our list was to buy a sari for Kira and a kurta for me. These are to be worn at our friend’s wedding in 5 days (the main reason for our trip to India).  The first shop we went to had beautiful material but did not tailor clothes nor would they recommend anyone to do the work (which I found extremely odd).  We ended up at another shop that mostly caters to tourist selling clothes, art, jewelry, marble and the like. Although we likely overpaid, the quality for the convenience was worth it.  Kira was measured and the store tailored her sari and delivered it to our hotel later that night.  Pictures will follow when we get dressed along with our full accessories.

A short stopover at Delhi’s Jantar Mantar (a royal observatory used for tracking celestial bodies for the sake of astrological interpretation) cost me 5 rupees (passing as a local) but set Kira back 100 rupees (the “tourist price” which is still less than $2). A few pictures are below. We’ll stop by Jaipur’s Jantar Mantar in the next few days, its supposedly bigger and more impressive than Delhi’s.
We then wandered over to a south Indian restaurant I had bookmarked prior to our travels. Trip adviser lists it as the #8 restaurant in Delhi, we had to wait about 15 minutes for a table (at 2pm mind you) as it was crowded with locals.  We had a wonderful lunch of dosa, puri, and fresh made lime sodas for about $7. Following lunch we flagged down an autorikshaw to take us to the Red Fort (a video clip from our ride was posted earlier by Kira).

The Red Fort was built to protect the king’s royal residence, and it is some residence!  A complex of marble sleeping quarters, audience halls, the kings personal mosque, and more was built along the river within the fort’s walls. Water was brought up from the river and placed in an elaborate set of fountains, and waterways that were meant to keep the palace ground cool during the hot summers. Kira and I were commenting how it must have been an amazing sight to see the water flowing through jewel lined channels of marble.  Some of the elaborate marble work still exists including marble screens in the residence’s windows.

We spent some time wandering the markets before catching a rickshaw back to the train station for our metro ride home. 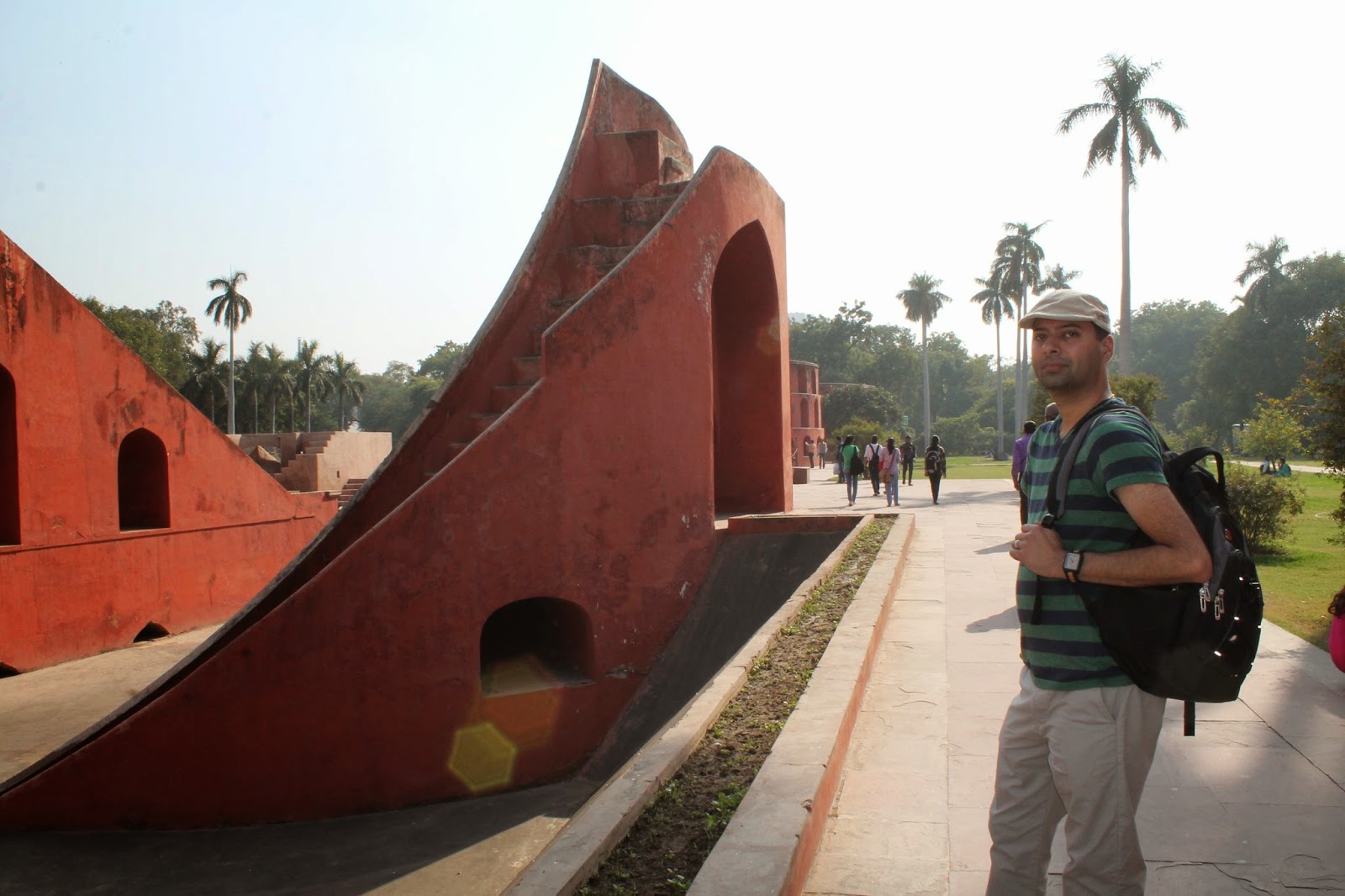 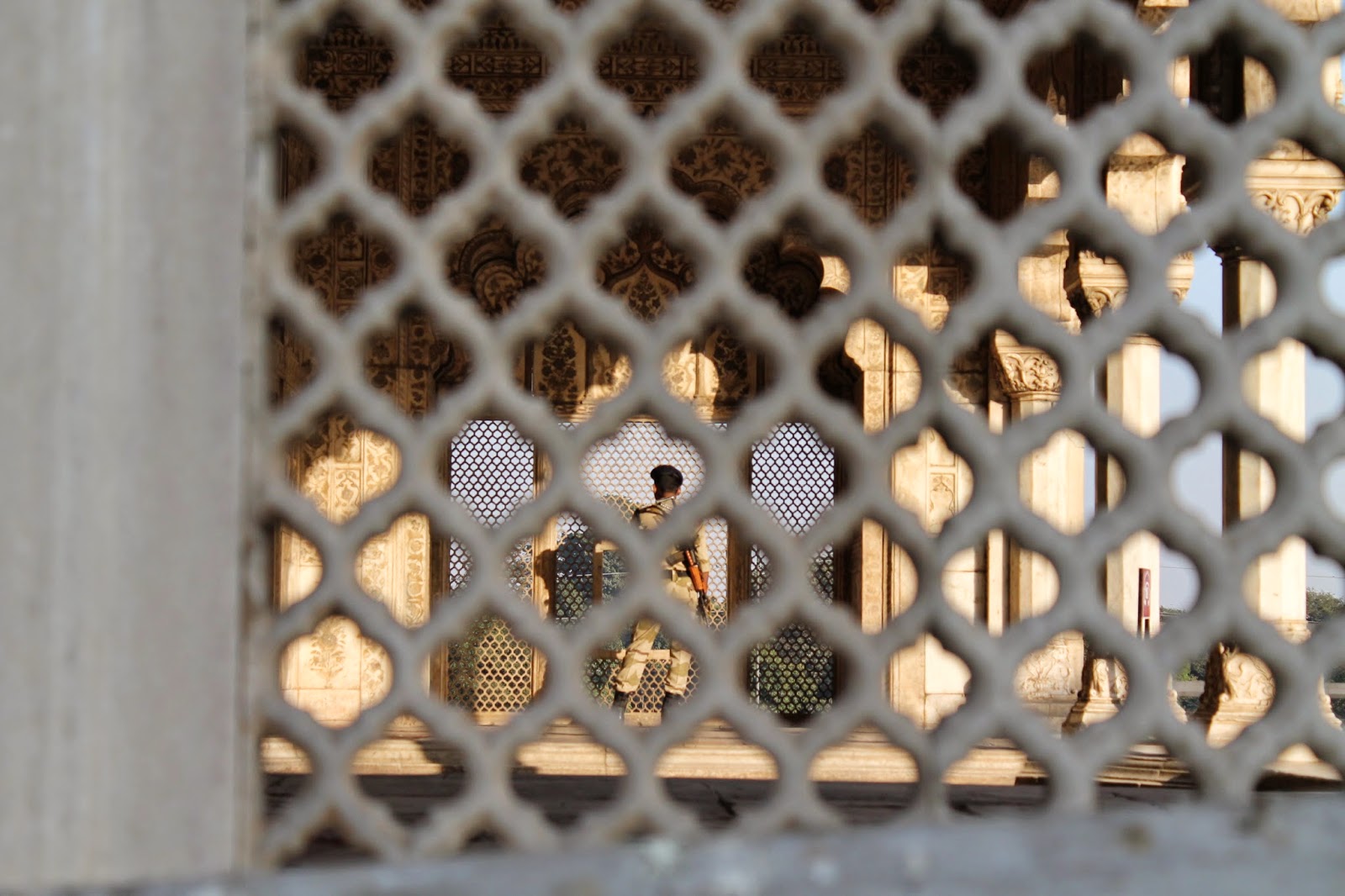 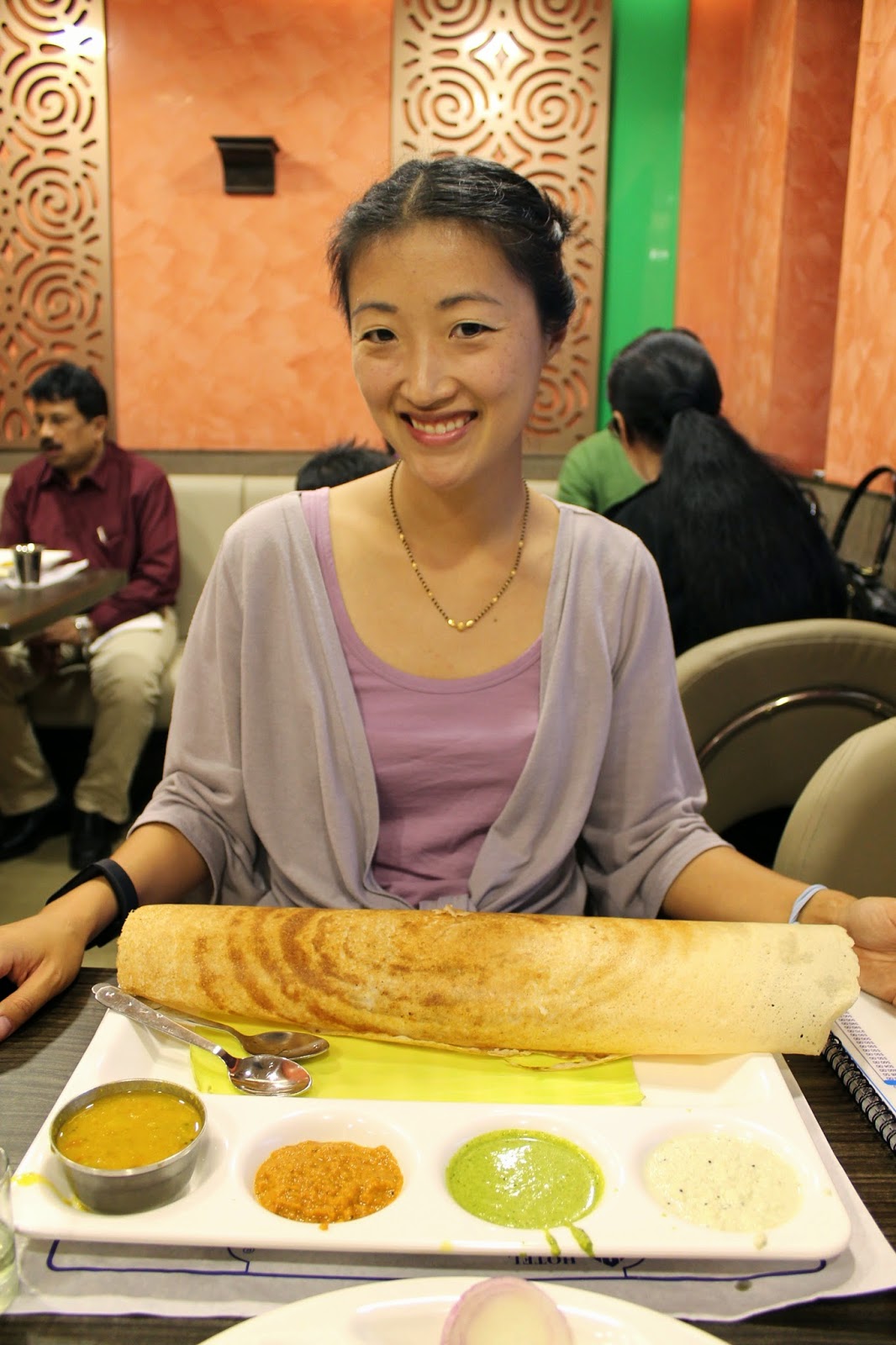 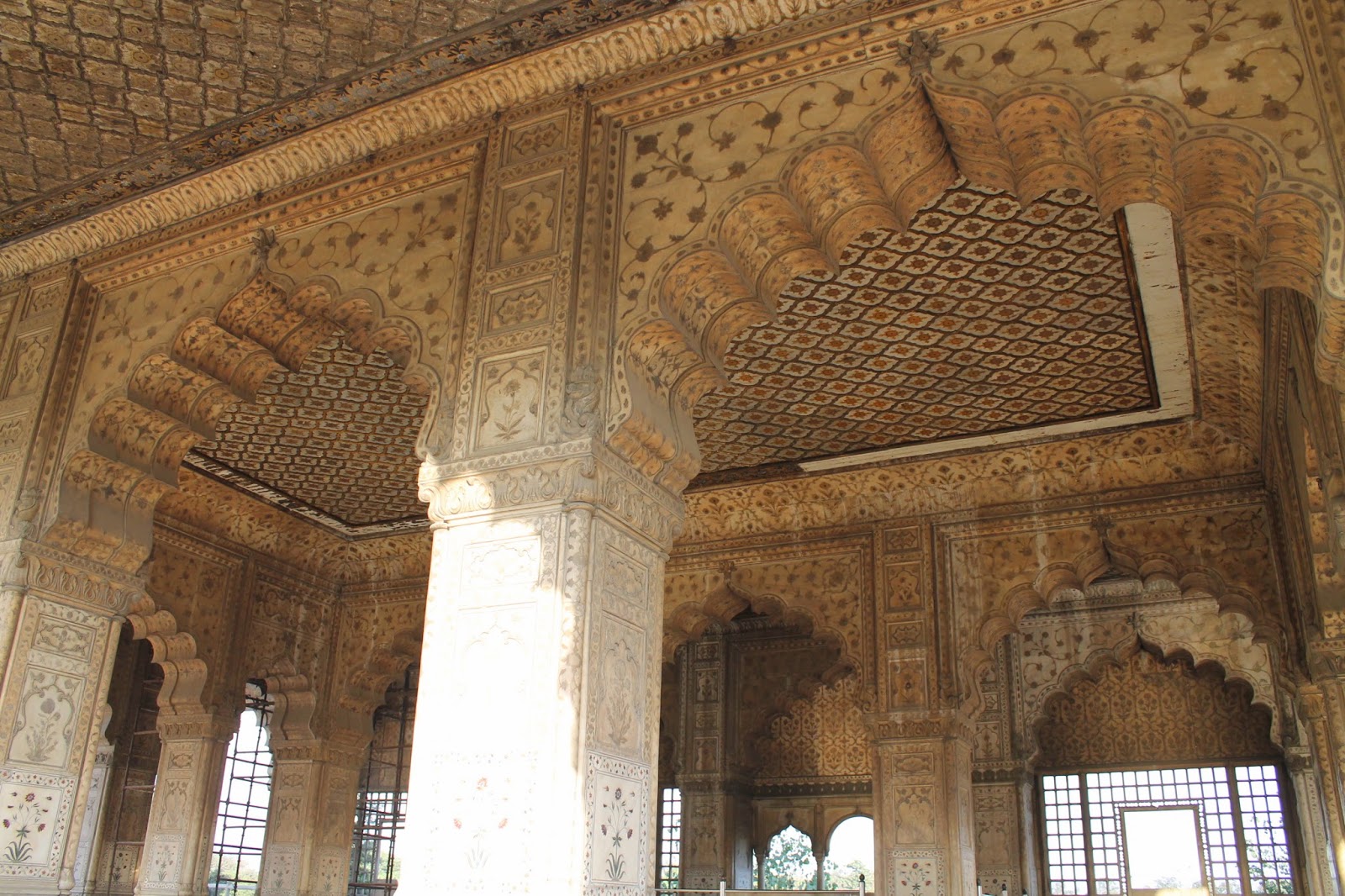 Posted by Unknown at 8:12 AM 0 comments
Email ThisBlogThis!Share to TwitterShare to FacebookShare to Pinterest
Links to this post