Amul and I and bunch of friends from Berkeley got the opportunity to watch the World Cup Korea style the other day.  Since hosting and their unexpected advancement in 2002, Koreans have been World Cup crazy. From what I've heard, the crowds in 2002 were incredible. Millions of people in the middle of Seoul's city center cheering. Academic ethnographies have been written about Korean soccer fans' nationalism.

This year, things are a bit more subdued. With the nation still reeling from the Sewol Ferry incident, City Hall has become the site of a massive memorial for the students and other civilians who lost their lives.  Instead of the usual party at City Hall, the city put up a temporary screen at Gwanghwamun Plaza, right in front of Gyeongbukgung's gate.  While only about 20,000 people came out to the site (I believe there was another site set up in Gangnam, with Psy purportedly making an appearance), it was still a great experience to watch the game and sing the chants with thousands of Korean Red Devils fans. We got to the party at about 5:30 for the 7:00 am kickoff and the square was already 2/3 full. Walking past the night before, Amul and I saw the super hardcore fans camped out for front row spots. 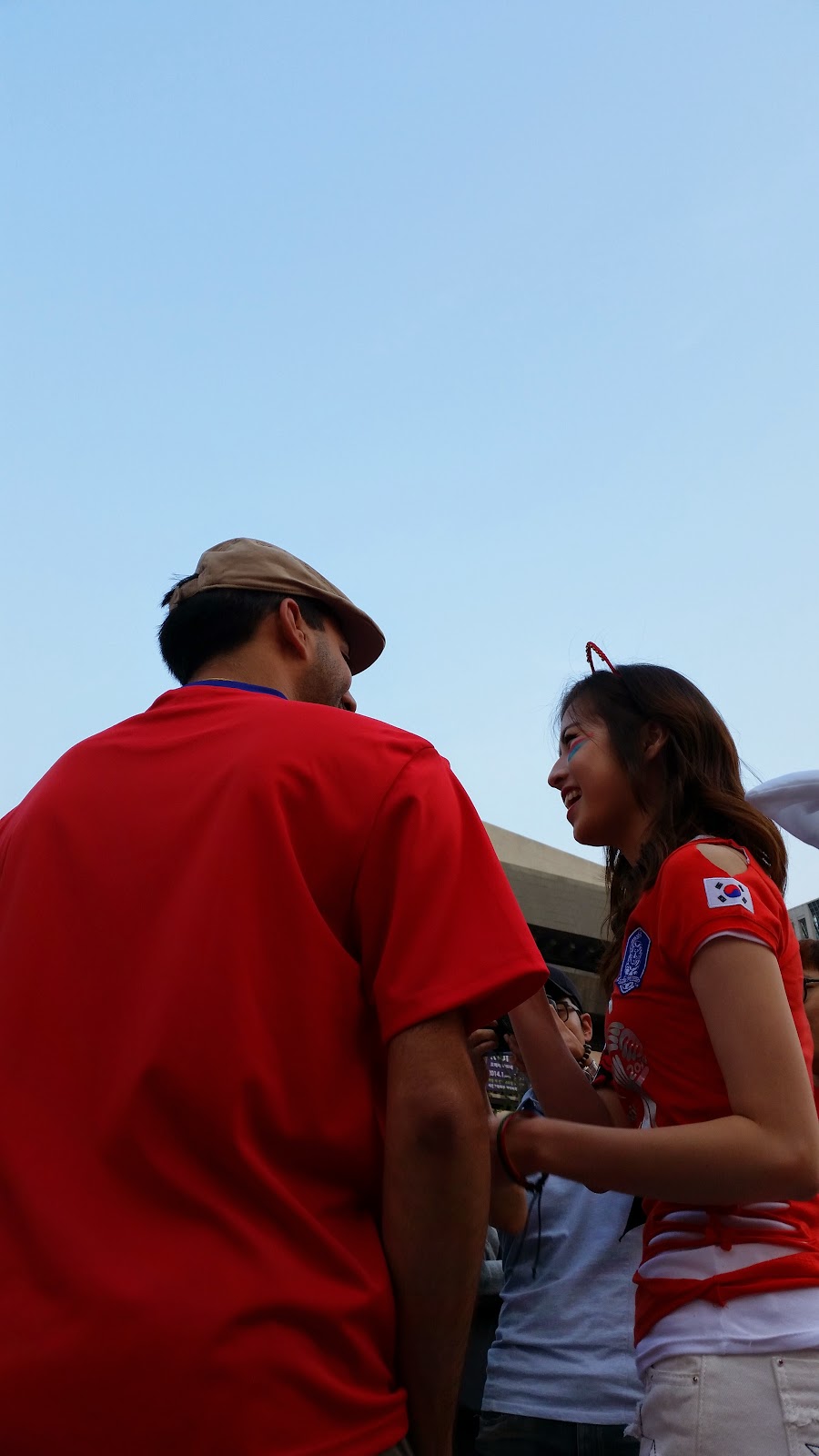 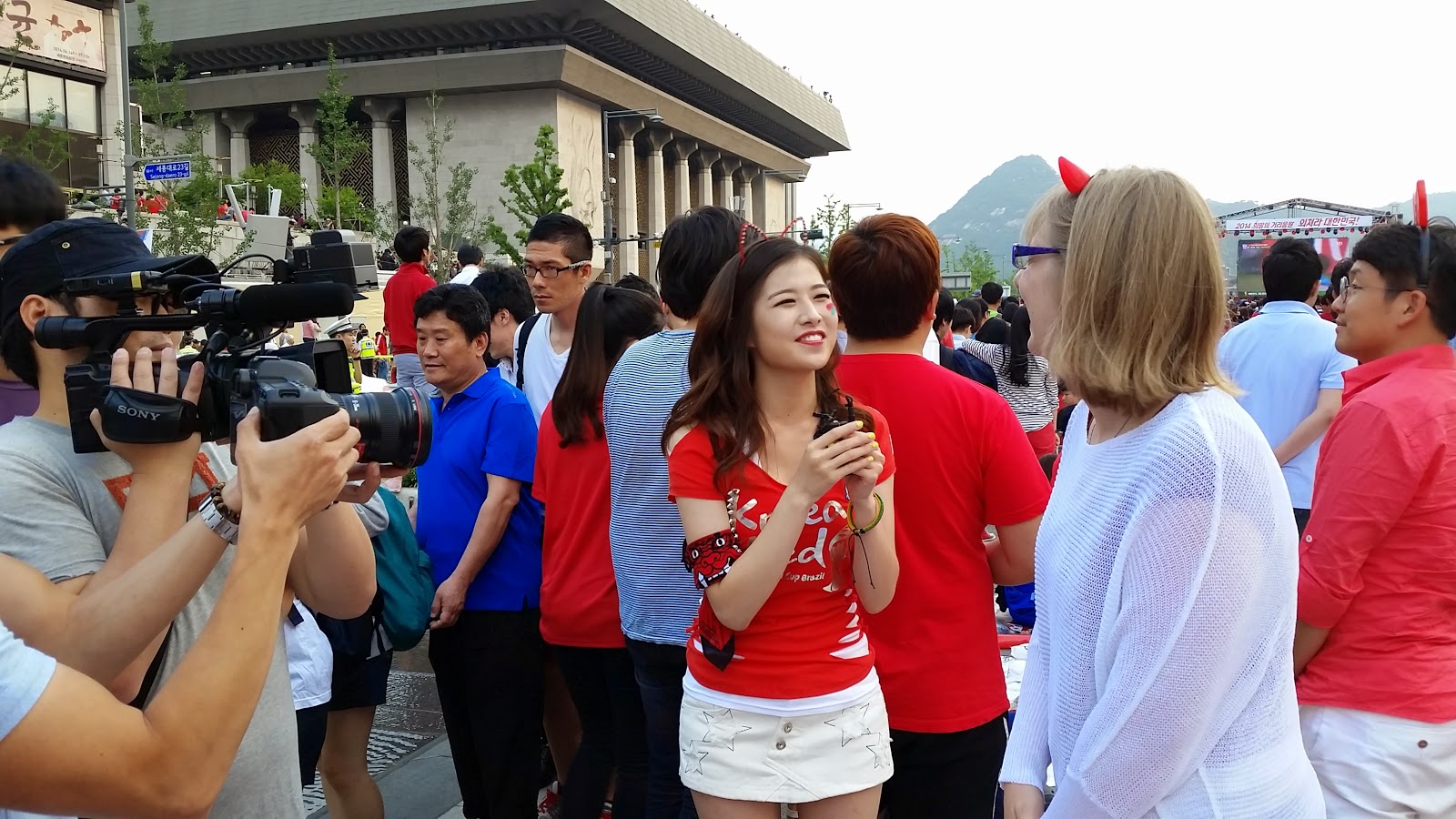 Watching the game with several people of non-Korean descent, it became apparent that our group was being singled out for human interest stories for all sorts of television programs, and we found giant cameras focused on us a number of times. Amul was even asked to do a short interview. Minsu, the native Korean in our group later informed us that the interviewer was actually a fairly famous television personality (her name escapes me).  Apparently, she was a contestant/cast member on a Korean reality survival show called "The Genius." In addition to having the looks of a K-pop star, she also has a through-the-roof IQ, Mensa membership, and a degree from Seoul National University. The whole package!

Amul took several photos and videos during the game: 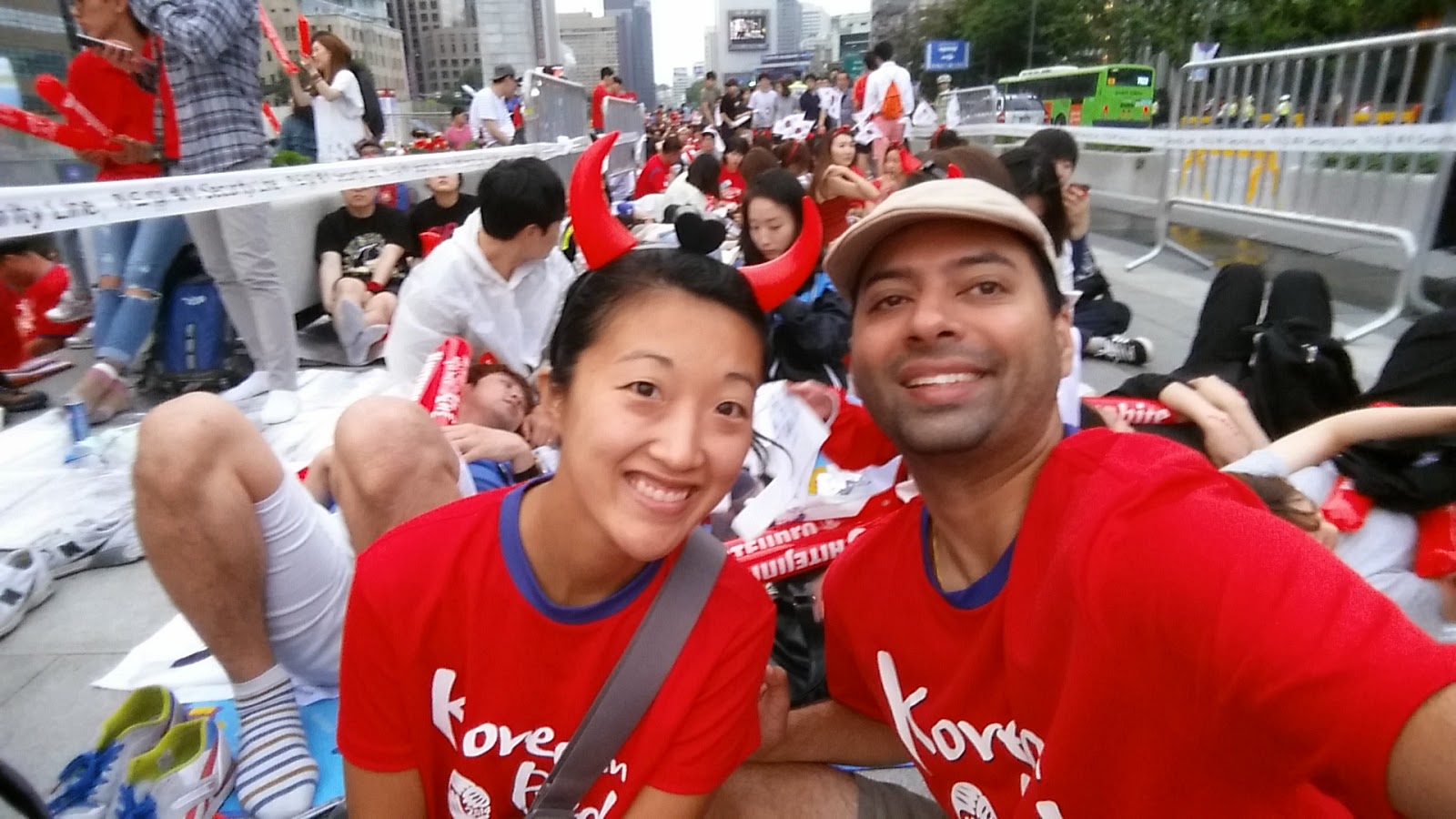 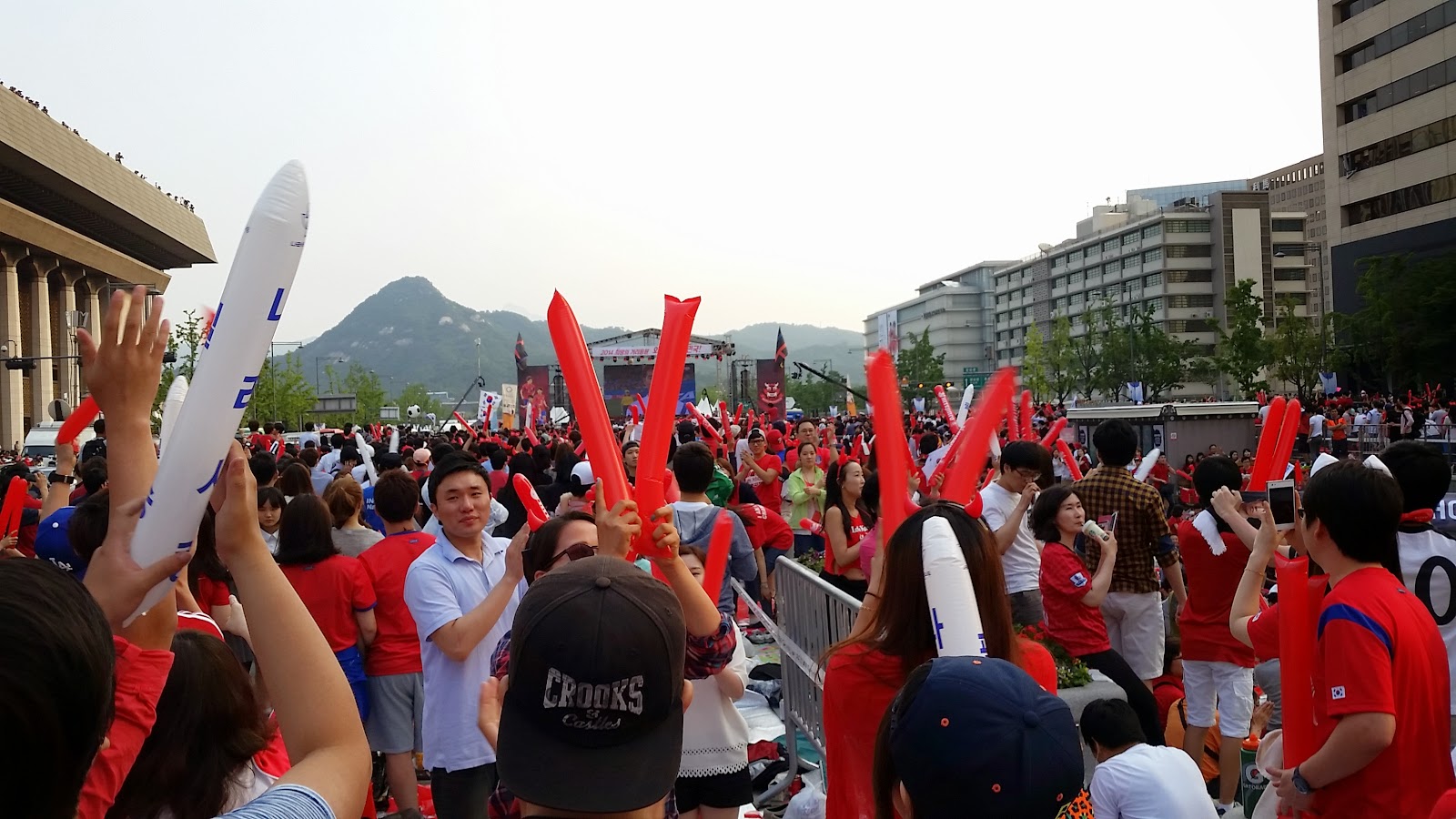 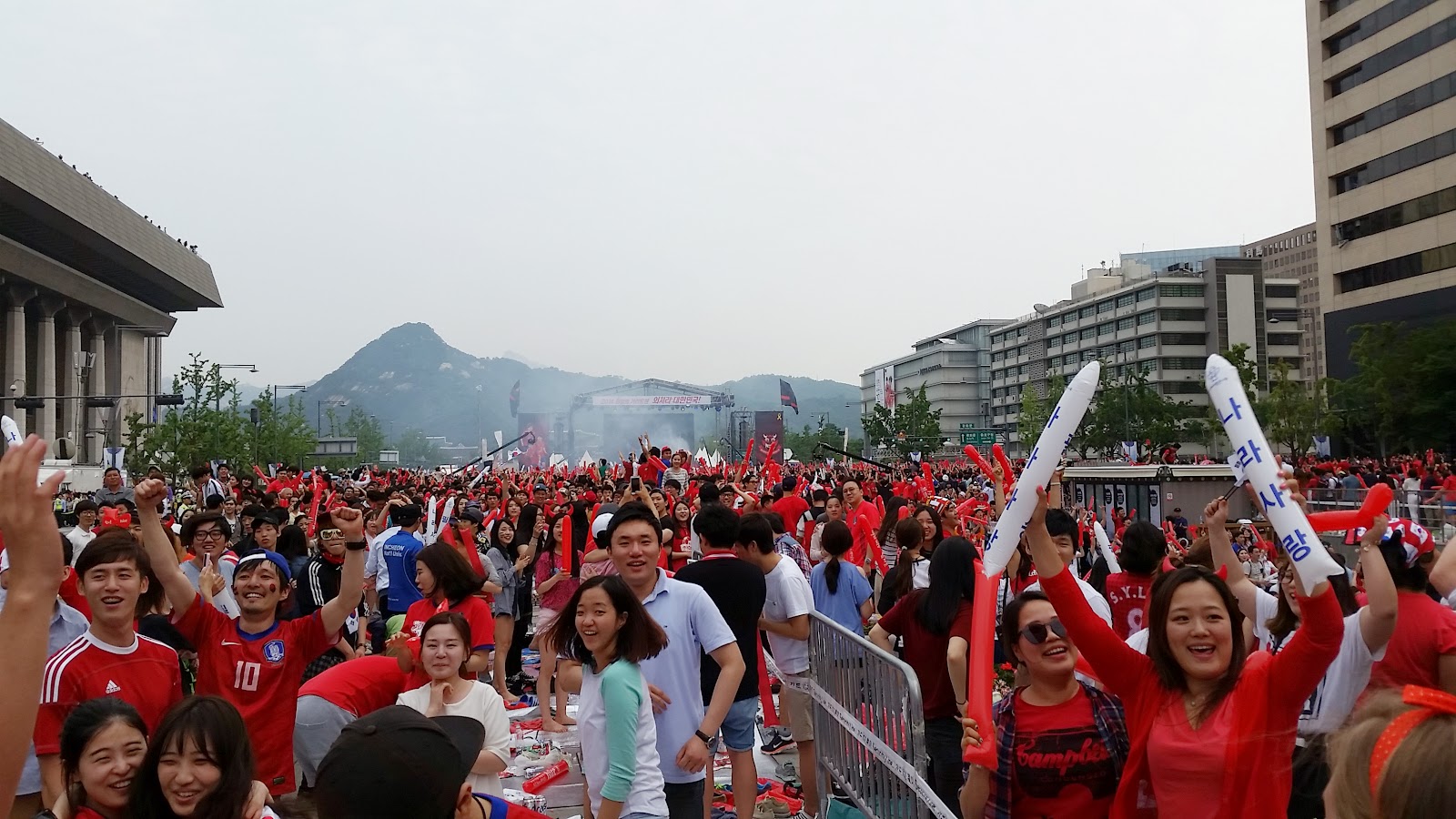 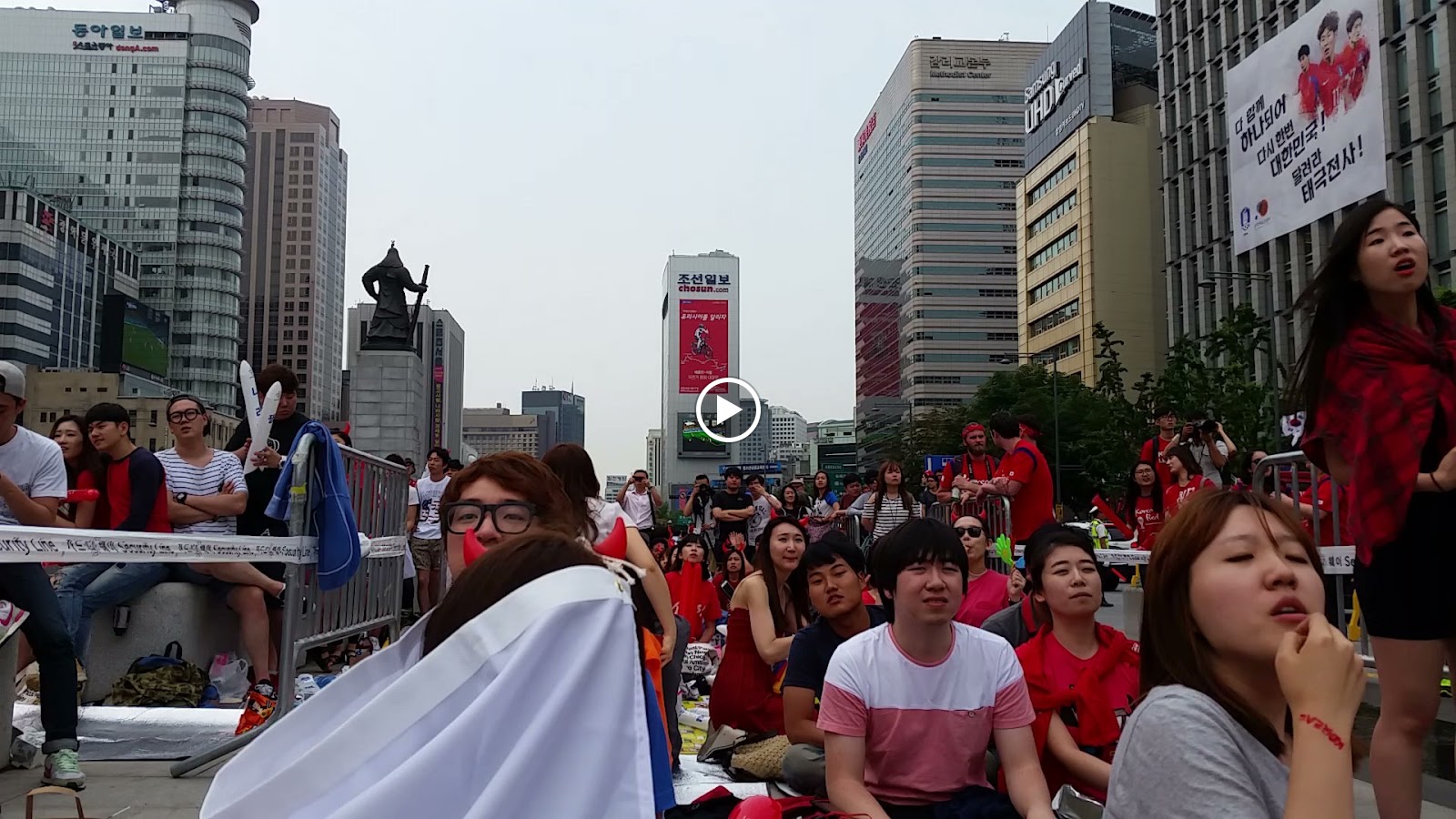 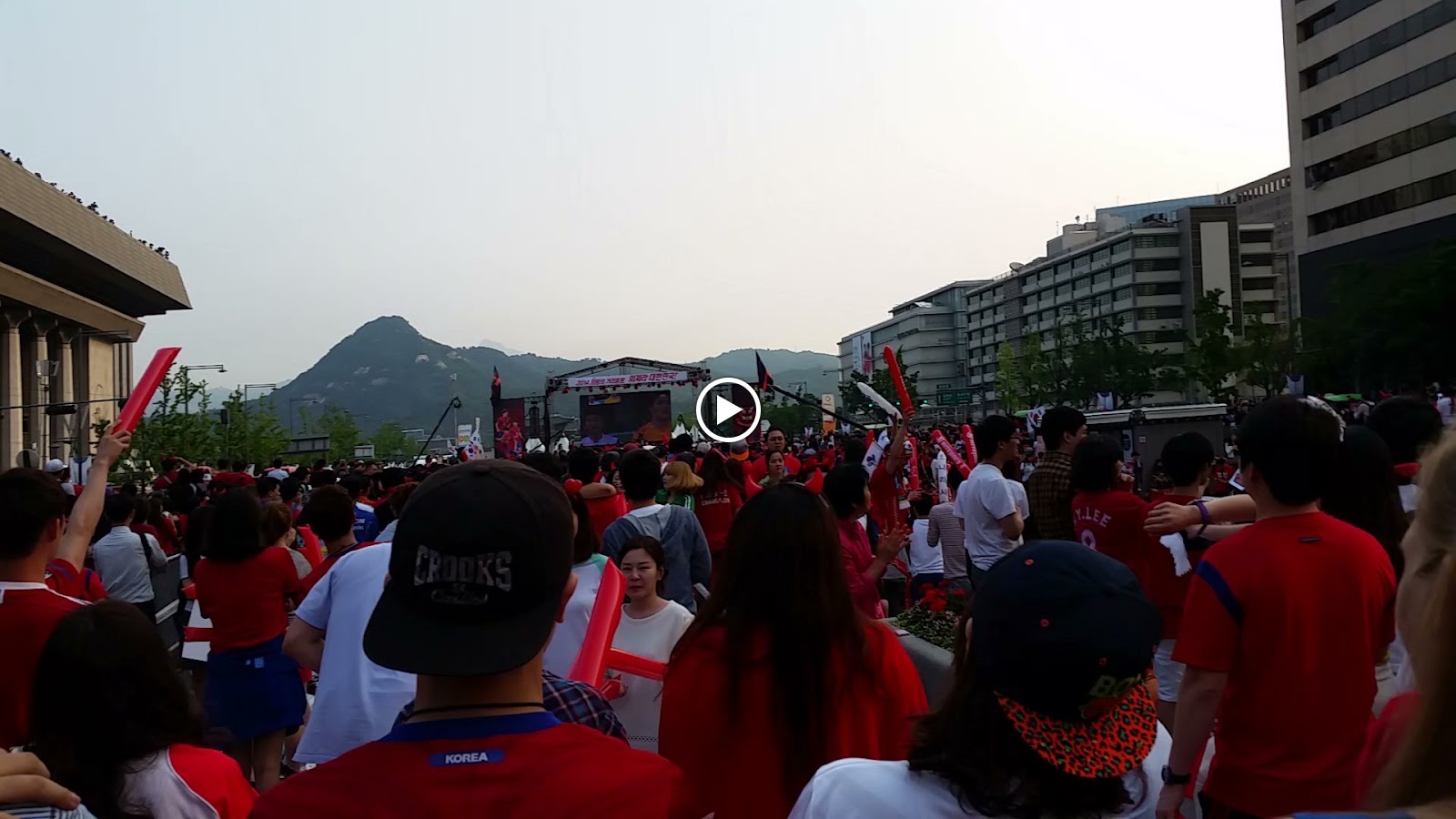 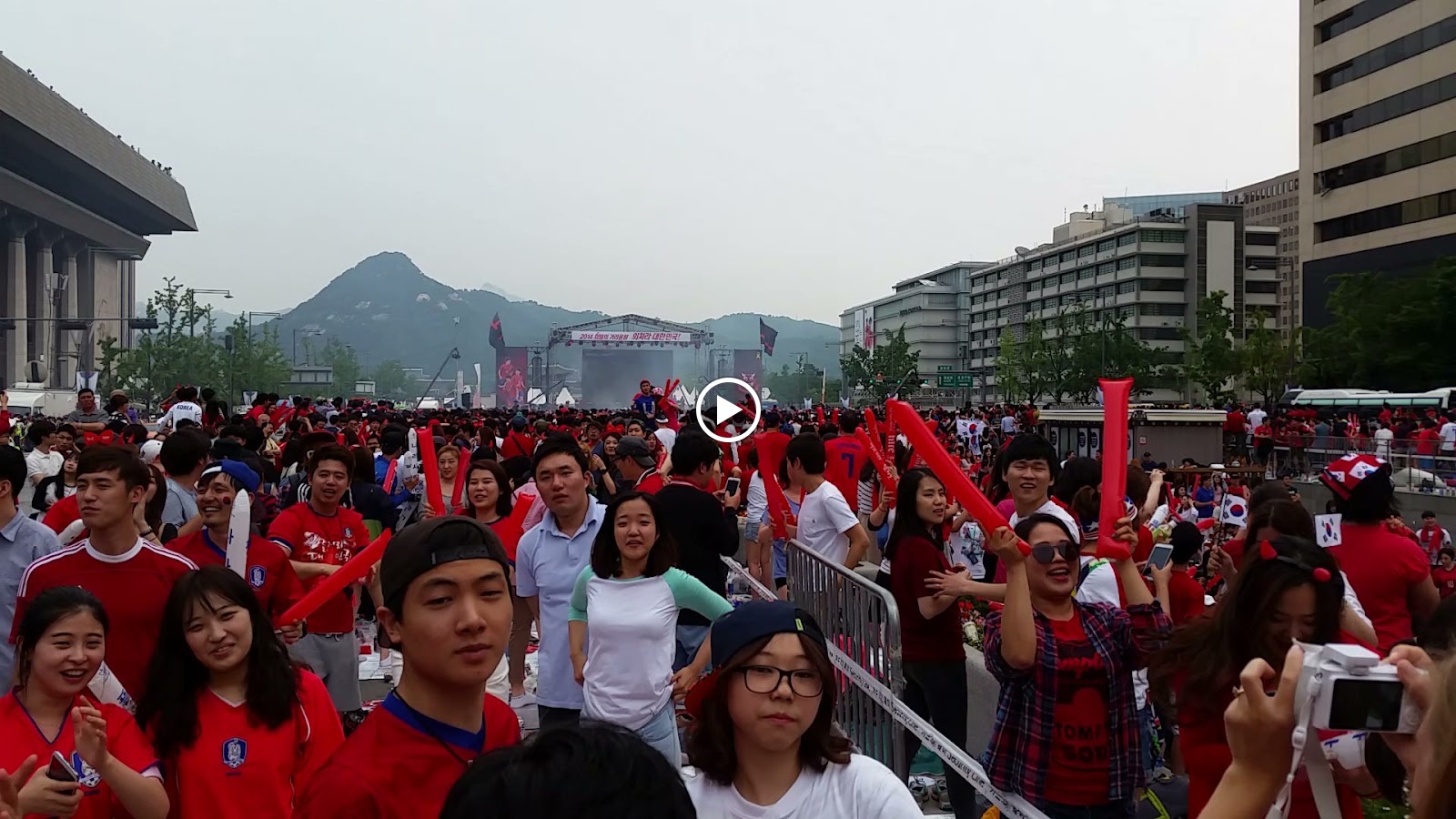 Korea fighting! Korea's next game is on Sunday against Algeria.  Korea time, the game starts at like 4 int he morning. I don't think I'll make it over to the square again to watch (I'm not even sure if they're planning on setting up a screen again--it was completely taken down within four hours of the end of the match), but I'll probably tune in from the comfort of Koroot's couch and high definition tv.

Posted by Unknown at 12:00 AM
Email ThisBlogThis!Share to TwitterShare to FacebookShare to Pinterest