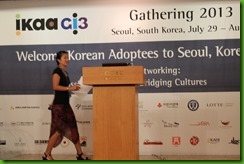 Whew, this past week has been a whirlwind.  The research symposium on Tuesday went well, I think.  It turned out to be a long day of sitting and actively listening, but I was impressed with how many people hung around.  There’s some really fascinating work going on in the field of Korean adoption studies.  It’s really exciting, and I was honored to be included with so many amazing academics doing such important work.  I’m really looking forward to the possibility of collaborating with these scholars, and seeing how my own research and perspective puzzles in to the begger picture.

Afterwards, the presenters and a few other academics attending the conference went out for a huge traditional dinner in Insadong.  Great company, great food.  I swear, there were at least 12 courses. 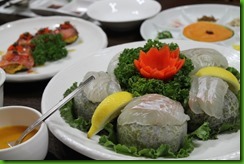 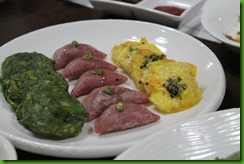 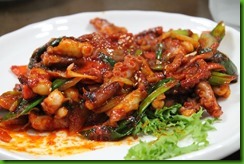 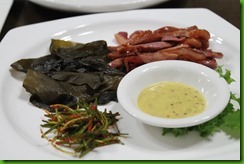 When we got out of the restaurant, it was nearly ten (I’d been at the conference since 8 am), and pouring rain.  Most everyone else (including Pastor Kim) decided to go out for makgolli (Korean rice wine), but I was exhausted, so I slogged three or four blocks in my dress clothes and high heels to find a cab to head home.  Soaking wet, I made it home to Koroot, and chilled on the couch (once I was dry) with a couple other adoptees.  We decided to watch a DVD (GI Joe), but I fell asleep within ten minutes of it starting.t morn

The next morning, I went to cheer on Team USA in the adoptee World Cup soccer tournament.  At each Gathering, because there are so many Korean adoptees from so many different adoptive countries, one of the events is a soccer tournament with teams of adoptees from different countries playing against each other.  I was actually supposed to play on Team USA (even though I haven’t played soccer since grade school AYSO—I told the team I was expecting Capri Suns and orange slices at halftime), but my shins have been acting up (unfortunately, I suspect another stress fracture), so I put myself on the DL.

Good lord, was it HOT.  Just sitting in the bleachers cheering, I was sweating bullets.  The players themselves were definitely troopers.  Four Round Robin games (half-court, 30 minutes) in a row, followed by the semifinals and finals, and concluding with a 45-minute full-court friendly match against members from the Ministry of Health and Welfare.  All the players looked wrecked after half a day running around in full sun.  Unfortunately, USA didn’t place (an unlucky self-goal), but we contributed several “all-star” members to the team for the game against the MHW in which we tied. 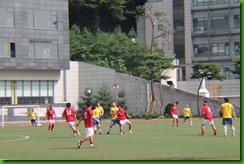 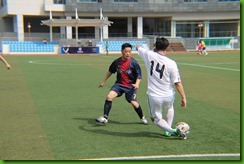 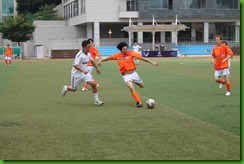 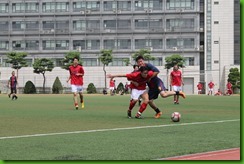 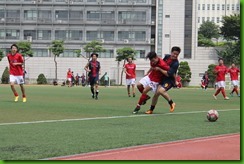 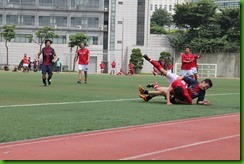 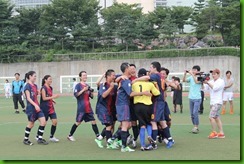 Gah, just got super-sleepy.  Will post another update soon, lots of stuff has been going on and things are churning around and around in my brain.

Posted by Unknown at 7:40 AM
Email ThisBlogThis!Share to TwitterShare to FacebookShare to Pinterest