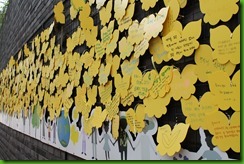 This afternoon I found my way to the War and Women’s Human Rights Museum.  It’s a brand-new museum which opened in May of 2012 after nine years of planning and building.  With a mix of art installations, history, and artifacts, the museum tells the story of the thousands of women who were abducted and used as comfort women (though they prefer to be called “Halmoni” rather than the Japanese-created euphemism) or sex slaves during World War II by Japanese soldiers.  Navigating the museum was definitely a powerful experience.  So many of the Halmonis’ stories are heartbreaking. Girls as young as 13 or 14 were kidnapped and raped by 30-50 Japanese soldiers daily.  A quarter of the comfort women died in Japanese “service,” and the surviving women bear scars from their ordeal inside and out. 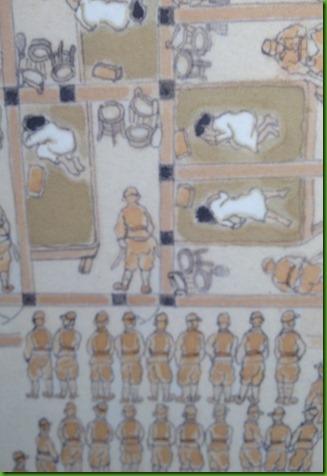 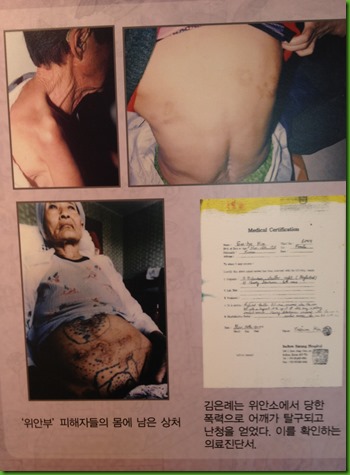 While the museum certainly makes its visitors aware of the atrocities the Halmonis faced, it does not just paint the women as helpless victims.  The museum does a wonderful job of showing how strong and agentive these women are.  A large part of the museum is dedicated to showcasing the twenty years of efforts and activism the Halmonis have put in to erasing the stigma of hiding the bitter past, seeking reparations from Japan, and raising awareness in the general public on human trafficking and human rights.  Every Wednesday (since 1991, I believe) the Halmonis protest and picket outside the Japanese embassy in Seoul, demanding recognition and reparation from the Japanese government.  In December 2012, the Halmonis celebrated their 1,000th consecutive Wednesday protest.  Though there are only 61 known Hamonis remaining, their force is stronger than ever, and show no signs of stopping until justice has been served. 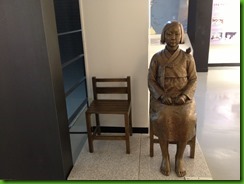 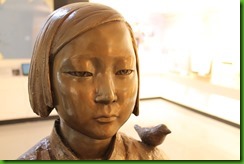 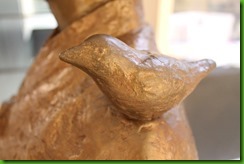 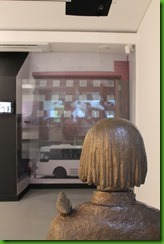 What I really liked about the museum was that its scope is broader than just the Korean comfort women.  The museum makes a point to acknowledge that comfort women were taken from all over Asia, from Korea, to Indonesia, to Taiwan, to the Philippines.  And while the Halmonis are the main focus of the exhibition, the museum also implores its visitors to consider the fact that today, millions of women are still victims of sexual slavery, human trafficking, and rape all across the world.  I found it fascinating and heartwarming that the Halmonis have personally taken an interest and gotten involved in women’s rights advocacy in Africa.  The Halmonis recognize that all gender violence and inequity is connected and takes many forms.  It makes me hopeful that my own work can contribute to the cause.

Posted by Unknown at 5:32 AM
Email ThisBlogThis!Share to TwitterShare to FacebookShare to Pinterest