I figured this video was apropos for this post.  If this doesn’t turn you into a warm gooey puddle of “Awwww,” I don’t know what will.  This was this afternoon in Chungmuro, in the pet shop district. 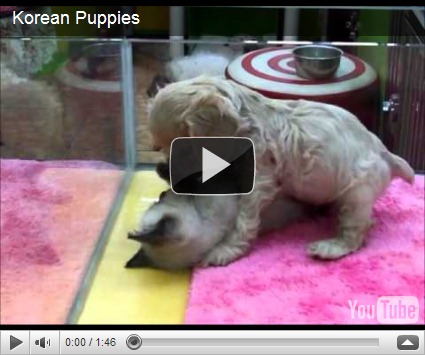 Posted by Unknown at 5:16 AM
Email ThisBlogThis!Share to TwitterShare to FacebookShare to Pinterest